1. The English language contains the most words 250,000
2. At least half of the world’s population is bilingual
3. There are over 7,000 languages worldwide
4. Spanish is the 2nd most spoken language in the world
5. French is the main foreign language taught in the UK
6. The United States has no “official language.” Most people just assume it is English
7. About 30% of English words come from French
8. About 2/3 of all languages are from Africa and Asia combined
9. Learning a language can improve the memory and slow the process of aging.
10. Spanish contains about 4,000 Arabic words 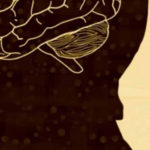