THIS ISSUE
IS ENGLISH AN OFFICIAL LANGUAGE IN SOUTH AMERICA?

South America is home to many Hispanic countries and for that reason, people think that Spanish is the only language spoken by its population. In fact, this large continent located south of Panama, is very diverse geographically, culturally and ethnically with 8 officially recognized (among them English) and hundreds of native languages spoken.


In Guyana, the official language is English because it is a former British colony, independent since 1966. Guyanese descend mainly from former Indian settlers and workers as well as Africans. As a result, the majority of the population speaks Creolese, (English with African, Dutch, Indian languages, Caribbean and aboriginal influences). English is also spoken in the Falkland Islands (known in Spanish as Islas Malvinas) by about four thousand people, as it is part of the British Overseas Territory.


In Suriname -a colony of the Netherlands until 1975- Dutch is the official language, spoken by more than half a million people. This country is part of the Caribbean Community and has an ethnically diverse population, descendants of Africans, laborer immigrants from India and Java as well as Chinese and indigenous people.


French Guiana, (not to be confused with the African nation of Guinea) is located between Guyana and Brazil. It is part of France’s overseas territories and therefore part of the European Union as well. It is the size of Belgium but has a very low population density (less than three hundred thousand). French is the official language, and French Creole is spoken as well. The population is mainly mixed race (African and French) , with a large part of immigrants from the French Caribbean area, Haiti, Suriname and Brazil.

Besides these 5 languages: Spanish, Portuguese, English, Dutch and French, a great number of South Americans speak other languages: Quechua is spoken by about 10 million people from the Andes highlands as it is the surviving language of the Inca Empire. Quechua is spoken in Peru and Bolivia (countries where it is an official language alongside Spanish), Ecuador, Chile, Argentina and parts of Colombia and Brazil. Aymara, also an indigenous language, is spoken by about 2.5 million people in the Altiplane areas of Peru and Bolivia (where it is an official language as well as Quechua and Spanish) and parts of Chile. Guarani is also spoken by a large population of about 3 million people, mainly in Paraguay and some parts of Brazil and Argentina.

There are many other languages spoken in South America, like Mapuche in Chile, and a variety of 300 Amazonian languages geographically contained in the Amazon area that comprises many countries.


As you can see, way beyond Spanish, South America is multilingual. It is a magnificent diverse world of people, culture, languages and places. 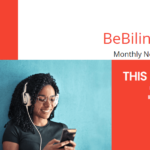 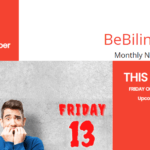