This month a special date combination falls on Tuesday: the 13th day of the month, the day of misfortune or bad luck. Or is it Friday 13? Well, it depends on the part of the world you are from. If you are Latin American, you will swear it is Tuesday the 13th, but if you are in the USA or England you will definitely say it is Friday the 13th.
In fact, 13 is a number many people consider “unlucky”, so much so that there is a phobia named for it: triskaidekaphobia. The origin of this negative connotation is very old, as old as the Last Supper, where the 13th guest was Judas, the traitor. The Kabbalah also names 13 malignant spirits and in the Apocalypse, the arrival of the antichrist is described in Chapter 13. We must say that this number has egative connotations mostly in the Western Hemisphere, while in Asia, it is actually an auspicious number (In China and India).
However, how is it that in this part of the world some think the unlucky day is Tuesday and others think it is Friday the 13th? In Spain and Latin America, Tuesday is named after Mars, the god of war, violence and destruction, therefore, the malefic influence of Mars on the 13th day is maximized. In Spanish, there is an old proverb that says: “El martes y 13 ni te cases, ni te embarques ni de tu casa te apartes” meaning on Tuesday the 13th don’t get married, don’t sail and stay at home, warning you of potentially catastrophic consequences if you dare to go against it.
Many people have actually analyzed the date in relation to negative historical events, like the confusion of languages at Babel or the falling of Constantinople, which happened on Tuesday 13th.
In America and England, the relationship between Friday and the number 13 is old, but most likely known through a book published in 1907 : “Friday, the Thirteenth” written by Thomas William Lawson about a broker who plays on people’s superstition about this date to crash the stock market. For younger generations though, the idea of Friday 13th is visually related to a movie franchise with the same name, about a masked killer. Later, the book “The Da Vinci Code” made reference to the doom of the Knight Templars on Friday 13th. Just like it happens with the fear of the number 13, there is a phobia named specifically for Friday 13: paraskevidekatriaphobia (take a deep breath to pronounce it).
Certainly, as with any superstition, there are people who literally alter their lives around it and others who laugh at it or challenge their luck on those days. If you are among the first group, this month of September the calendar marks 13 on a Tuesday, we will have another one this year in December, while we already had our Friday the 13th in May. How was it? 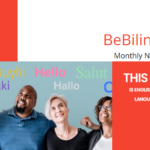 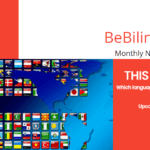