In Houston and the USA in general, we all are familiar with this celebration, right after Halloween: the Day of the Dead. We definitely have seen colorful and decorated skulls, sweets, flowers, candles, altars, etc. that are associated and labeled as a Hispanic or Latin-American celebration. This celebration, as we see it in Houston, is mostly a Mexican tradition, a form to celebrate and honor death as an element of life, a religious festivity influenced by Catholic traditions (brought by the Spaniards) and the pre-Hispanic cultures. However, this date is just as important in Spain, the rest of Latin America, Philippines, Equatorial Guinea and many other countries. In fact, around the globe at different times of the year, many nations have traditional ceremonies to remember and show respect for the ones who departed. In Japan (August), India ( September), South Korea (February or March) and Thailand (June or July) it is celebrated with special rituals, traditional food, special dances etc., all of them in honor of their ancestors’ souls.

In Ireland, the Samhain festival – a Celtic celebration brought to America by Irish immigrants and that is the origin of our Halloween tradition- and Dumb Supper are celebrated in the eve of October 31 and continue on November 1st, signaling the moment the barriers between the physical world and the spirit world break down, inviting the spirits of their ancestors to join in a special dinner.

In Spain and its former colonies, November 1st is the Day of all the Saints (a national holiday that reveres canonized and non canonized saints), followed by the Day of the Dead on November 2nd. Many countries have developed their own celebrations along the centuries with influences from both worlds : the church rituals and their pre-Hispanic cultural heritage, Mexico among them.

The Philippines is the second country after Mexico, where most people celebrate this day. They clean and repaint their relatives’ tombs on November 1st and starting at midnight, families congregate in the cemetery happy to spend the next 24 hours praying, singing, offering flowers and sweets. Equatorial Guinea, located in Africa and a Spanish colony until 1968, also commemorates these important dates with a special mass, visits to the cemetery and offerings to their passed relatives.

In the 33 Latin-American countries, in most big cities, the celebration starts with a religious service and continues with a visit to the cemetery to bring flowers and honor the relatives who have already passed away, lighting candles at home and praying for their souls. In smaller cities or villages, these celebrations usually include food, flowers, music, dances, etc.

In Guatemala, besides traditional food, people build big and colorful paper kites designed to guide the spirits to visit their relatives and cover the tombs with yellow flowers.

In Ecuador, Bolivia and the mountains of Peru, the Andean traditions include offerings with coca leaves and drinks and a special sweet bread decorated with a child face called “wawa”. The cemetery visit is usually done in large groups of relatives where they play the music beloved by the deceased to celebrate, eat and drink together on their behalf.

As we can see, the Day of the Dead is a special moment to dedicate prayers and remember those who departed before us, to honor their lives and to share what they liked with their remaining family in a jubilant mood, resulting in a warm and in many cases spectacular family and communal event. 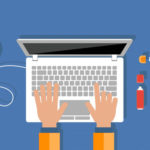 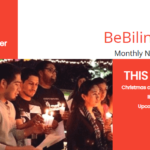